This tone training course will teach you to hear the difference between the tones in Mandarin, which is necessary to be able to pronounce them well and is also essential for good listening ability.... Read more. 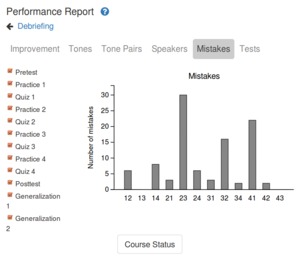 This is probably the best Pinyin chart available. It offers all syllables with all tones, but also transcriptions in other systems, including the International Phonetic Alphabet, Zhuyin and Wade-Gi... Read more. 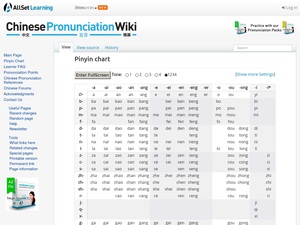 Yet another Pinyin chart. There are many out there, so let's focus on why this is worth mentioning. First, it offers all syllables in all tones. It should be noted that it offers all tones even for... Read more. 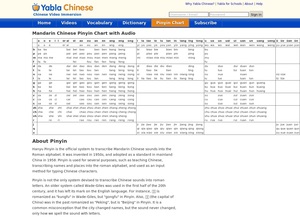 This is the traditional Pinyin chart with audio, with the added benefit that you can download it and use it offline. Contains separate mp3 files. Female speaker with clear pronunciation. Edit: Y... Read more. 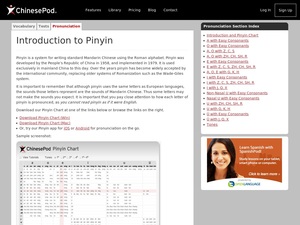 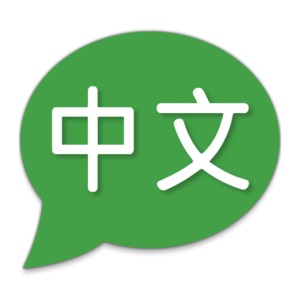 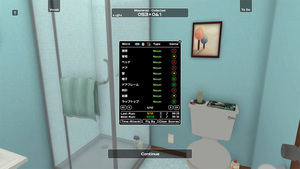 This is a simple table where you can access sound files of syllables in Mandarin read with all four tones. Unlike [the other one I have also recommended](http://resources.hackingchinese.com/s/xqoai... Read more. 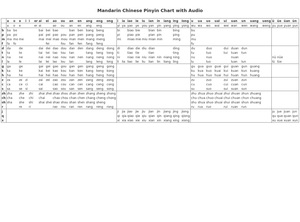