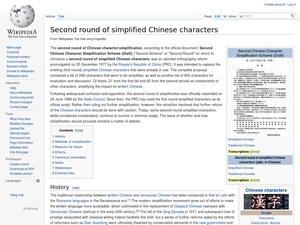 This is an article about the second round of character simplifications that didn't succeed, although some of the characters are still in use. The main difference between this round and the previous one was that these characters were largely new, instead of being variants that had already been in use for a long time.