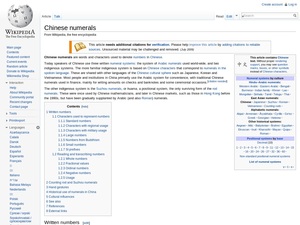 Numbers in Chinese can be very frustrating sometimes, mostly because the number system isn't a 1:1 matching with English, so apart from learning the words for different numbers, you also need to adjust the way you think about numbers. There's also a problem with several different ways of saying the same thing, mixing modern usage with out-dated words, making dictionaries next to useless. This page on Wikipedia sorts out most problems you might have with numbers in Chinese!