Skritter (app to help you learn to write Chinese characters) 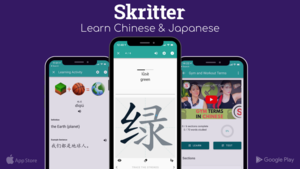 Skritter is an app for learning Chinese vocabulary, especially handwriting. It offers smooth handwriting input with some corrective feedback, combined with spaced repetition that allows you (or me, because I've been using it for roughly eight years) to remember the characters. Skritter is great for learning stroke order and maintaining ability to write by hand over time, even if you can also learn pronunciation and definitions of words along with writing. I have written an in-depth review of Skritter here: Boosting your character learning with Skritter 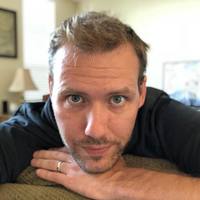 I started using Skritter as a grad student in Taiwan after being introduced to it by a fellow non-native Chinese teacher, and friend. Shortly after, I joined the Skritter team writer for the blog to make some extra coin as a student.

I used Skritter religiously for about two years while in Taiwan, logging over 1000 hours and an active vocabulary of around 4k characters and 18k words. I studied on the web for about an hour a day for three months early in in the program, and the app helped me fill in a lot of reading and writing gaps I had before entering the Teaching Chinese as a Second Language program.

The results paid off. I was able to sit hand-written exams that lasted three hours, read textbooks written for native speakers, and so much more. It wasn't only thanks to Skritter, but the app had a huge impact on how quickly I could learn new material, and it boosted my reading and writing skills, unlike anything I had ever used before. If I had a time machine (and could bring a cellphone with me) I'd go back to 2007 when I started learning Chinese, and bring this app with me.

Shortly after joining the team, I became an alpha tester for the Skritter Chinese iOS app, then a salesperson, then a Director of Daily Operations. Now I'm the damn CEO (INSANE)! It's still crazy to think about the wild journey. I write this, not only because my review is clearly biased... but also because that's just how much the app and the community of language learners sucked me in along the way.

If you love characters (and writing them) Skritter is the app for you! To this day, Skritter is one of the only apps I still use regularly (along with Pleco) to maintain my Chinese reading and recognition skills. I average about 10-15 minutes a day, and it is basically an automatic habit now.

I have customized almost all the vocabulary I've added to the app over the years, made dozens of personal study decks, uploaded countless textbooks for others to study, and now I'm working with Olle and other amazing team members to bring even more academic content into the Skritter universe.

Sorry for the long post, but my experience using Skritter has basically been life-changing... and that's kinda putting it mildly.